Home » Articles » Faith and Spirituality » What is the Divine Liturgy? 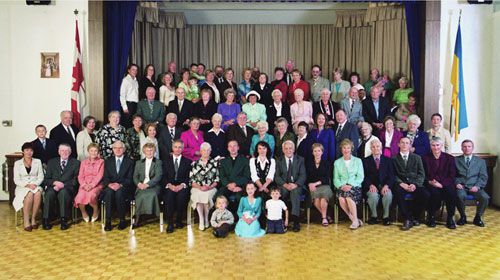 What is the Divine Liturgy?

The greatest act of Christian corporate worship is the Holy Eucharist, through which we achieve an intimate union (“communion”) with God and His People. So central is the Eucharist in the life of the Christian, that the first century Christian bishop and martyr, St Ignatius of Antioch, called it “the medicine of immortality and the antidote to death.”

The Orthodox celebration of the Holy Eucharist is called the “Divine Liturgy”. “Liturgy” literally means “the work of the people.” The Orthodox Divine Liturgy is a spiritual ascent. Like the rungs of a ladder, every litany, every hymn, every prayer and Scriptural passage of the Divine Liturgy takes us one step closer to God’s throne. For the person who is entering Liturgy with a receptive and attentive spirit, this mystical ascent is a powerful and life-changing experience.

The Divine Liturgy is not some kind of “holy operetta”, at which the congregation is merely an audience. As we study the prayers and hymns of the Liturgy, we find ourselves repeatedly encountering two words: “we” and “us”. The prayers of the Divine Liturgy are our prayers, the priest saying them on our behalf and the worshipping faithful giving their consent to them with their sung responses.

The Liturgy of the Catechumens

Before being received into the Church, adult converts to Christianity undergo a “Catechumenate”, during which they learn the basic beliefs and practices of the Faith. We find in the Liturgy of the Catechumens the teaching elements of the service: the Anthems (Troparia) of the Day, the Scripture readings and the sermon.

The Offering of Incense: Incense has been used in worship since the days of the Old testament. It is God Himself who says that offering incense is an appropriate way of worshipping Him: ”In every place incense shall be offered in My name. ”(Malachi 1:11)

Incense has two symbolic meanings. First, it represents our prayers ascending to heaven — as in the words of the 140th psalm: “Let my prayer rise in Your sight like incense.” (Ps. 140:2) Secondly, incense is a symbol of the Holy Spirit, the “breath” of God who is “present everywhere, filling all things.” ( Prayer to the Holy Spirit)

“Blessed is the Kingdom”: From the very beginning of the service, the goal of our worship-journey is announced. We are called to make real the Kingdom of God — the place where God’s Will reigns supreme: within ourselves, in our parish community, and in our world.

“Lord, have mercy.”: The first major aprt of the service is the “Great Litany”, in which a series of petitions are made, followed by the response “Lord, have mercy.” No one can boast that he or she is “worthy” of God’s grace. We all miss the mark of holiness and perfection to which we are called by God. He continues to be gracious with us because He is merciful. God’s mercy is the starting point our whole life; it cleanses our sins, teaches us His will, and fills us with His life-giving presence.

We acknowledge the central role that God’s mercy plays in our life by repeatedly petitioning Him for it through the words, “Lord, have mercy”. Our prayers are not demands, but pleas made trusting in the Lord’s mercy towards us.

The Antiphons: The first three hymns of the Divine Liturgy are called “antiphons“. On regular Sundays, the first two antiphons are taken from the Old Testament Book of Psalms. The Third Antiphon, coming from the New Testament, is the Beatitudes, in which we are taught us what it means to be a citizen of the Kingdom of God.

The Little Entrance: In ancient times, when the Church was persecuted, the holy objects used for Divine services, such as the books of Scriptures, were kept in hiding to protected them from Roman officials who would confiscate and destroy them. When the objects were needed during the services, they would be brought out in processions. The “Entrances“ in our modern liturgies are reflections of this ancient practice.

As the Gospel Book is taken into the Sanctuary — which symbolizes heaven — we are reminded that it is the Word of God which leads us up to Paradise.
When the people reverence the Gospel Book with a kiss, it is not the book itself they are honouring. They show their devotion to the One Whom the book proclaims — Jesus Christ, the Word of God.

The Thrice-Holy Hymn: The Thrice-Holy Hymn is taken from several Biblical visions of the angels worshipping around God’s Heavenly Throne. In the Book of Isaiah we read “And one (angel) cried to another, and said, ‘Holy, holy,. holy, is the Lord of hosts: the whole earth is full of His glory.” (6:3) A similar account can be found in the fourth chapter of the Book of Revelation.

The Thrice-Holy Hymn is sung twice and mentioned one other time during the Liturgy; each reference is at a key moment in our liturgical journey. As we join the angels in their eternal hymn we climb higher and higher, mystically approaching our final destination: the Blessed Kingdom of God.

Before the Epsitle reading, a short hymn called the “Prokeimen” is chanted. “Prokeimen” means “that which comes before”, and is used as an introduction to the reading. Most “prokeimena” are excerpts from the Book of Psalms.

After the Epistle, the faithful sing a three-fold “Alleluia”, as a preamble to the Gosple reading. As with the prokeimen, during the “Alleluia”, the reader or cantor will chant short verses that are also taken from the Book of Psalms.

The Litany of Fervent Supplication: In the Great Litany at the beginning of the service, we prayed for the whole world, all people in all places. In the Litany of Fervent Supplication we pray specifically for those people who, either directly or indirectly, are involved in our lives: our Church and civil authorities, our brother and sister parishioners, our families and friends.

The Litany is called the “Fervent Supplication” because our response of “Lord, have mercy” is augmented by a fervent, a three-time repetition to emphasize how important these prayers are to us.

The Liturgy of the Faithful

In the Ancient Church, only baptized believers (the “Faithful”) were allowed to take part in the celebration of the Holy Eucharist. In these times of Imperial discrimination and persecution, it was necessary to guard the Christ’s Holy Things from those seeking to defile and destroy them. When the Church was no longer under persecution the practice of allowing only baptized believers to be present for the Eucharist fell into disuse.

During the Great Entrance, the priest prays for our Church and civil authorities, and our parish members, both living and departed, proclaiming, “May the Lord God remember (them) in His Kingdom.” This prayer is based on the words of the repentant thief who was crucified with Jesus: “And he said to Jesus, ‘Remember me when you come as King.’ And Jesus answered him, and said, ‘Very truly I say to you, today you shall be with me in Paradise.’” (Luke 23:42-43)

The Creed: The Creed was written at the first two Ecumenical Councils in Nicea (325) and Constantinople (381). This document contains the fundamental beliefs of the Christian Church.

The Anaphora: The Anaphora is a long prayer set up in the form of a dialogue between clergy and laity. In this prayer we celebrate God’s works of salvation for the world, which culminate in the saving mission of His Only-Begotten Son, our Lord Jesus Christ. We also thank God for His great gift of the Holy Eucharist — in which Christ becomes physically present among His people throughout history, and is tangibly received into their lives through the transformation of bread and wine into our Lord’s Flesh and Blood.

The Lord’s Prayer: In response to a request to teach them to pray, the Lord gives His disciples this prayer. Throughout the service, we have called upon God with many names (“Lord”, “Master”, “Holy Mighty and Immortal One”). Now, though, for the first time, we call upon God as our Father. This shows that, as we draw closer to God in the Liturgy, we also enter into an ever-deepening intimacy with Him. This intimacy will be consummated in our reception of Christ into our lives through receiving His Body and Blood in Holy Communion.

Holy Communion: All of our prayers and hymns are to fulfilled in partaking of Christ’s Most-Holy Body and Precious Blood. Our spiritual ascent is then complete, and all that Jesus promises us in the Eucharist becomes ours: “Whoever eats My Flesh and drinks My Blood has eternal life, and I will raise him to life on the last day. For my Flesh is real food, and my Blood is real drink. Whoever eats my flesh and drinks my Blood lives in Me, and I live in them.” (John 6:54-56)

In Orthodox practice, participation in Communion is understood to be the main mark of membership in the Church. Consequently, only those who, through baptism and/or chrismation, are formally members of the Orthodox Church are permitted to receive Holy Communion in the Orthodox Church. Our intention in this practice is not to make anyone feel excluded, but to honour a centuries-old precept that has its roots in the earliest days of the Church‘s history. If would like to receive Holy Communion in an Orthodox parish, it is best to first speak with the parish priest.