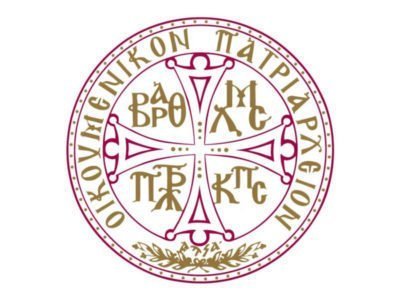 (Phanar, November 28, 2020)
Your Eminence/Excellency/Grace,
Mister Oleksandr Gaman, Consul General of Ukraine in the Queen of the Cities,
Reverend Fathers,
Beloved brothers and sisters in Christ,

The twentieth century can be considered the most tragic period in human history. Besides World War One and World War Two, it has seen perhaps the biggest tragedies of humanity, some of which are well known to our human family, while others are less familiar or almost ignored. Among the latter, we should mention the Holodomor, the Great Famine in Ukraine which aimed to kill from seven to ten millions of pious Ukrainians through starvation during the most horrible years of the Soviet regime, from 1932 to 1933, and which we prayerfully commemorate on this day.

The Ukrainian term Holodomor emphasizes the human-made famine, the diabolic project of the Stalinist system which had as its aim a well-planned genocide of a particularly faithful people in order to eradicate Christian faith and the Orthodox Church, while, paradoxically, the Ukrainian people was peacefully benefiting from an abundant harvest. While human beings were dying from starvation, the Soviet regime was exporting their crops to the world, thus hypocritically pretending to be a prosperous country.

Today, we pray for the repose of the souls of these millions of pious Ukrainians, who were transferred by our Merciful Lord from the darkness of the valley of sorrow and weeping (Ps 84:6) to the Land of the living (Ps 27:13), to “a place of light, a place of green pasture, a place of refreshment, whence pain, grief and sighing have fled away”. Singing “eternal memory” to these faithful, we remember their tragic end and witness to all our human family that we must never forget such evil starvation, but on the contrary, we must condemn the Holodomor, so that such atrocities would not be repeated in the history of humanity.

As the Holy and Great Council of the Orthodox Church has underlined, “the Orthodox Church confesses that every human being, regardless of skin color, religion, race, sex, ethnicity, and language, is created in the image and likeness of God, and enjoys equal rights in society. Consistent with this belief, the Orthodox Church rejects discrimination for any of the aforementioned reasons since these presuppose a difference in dignity between people.” For this reason, the Council has condemned “competition and enmity [which] introduce in the world injustice and inequitable access among individuals and peoples to the resources of divine creation [and] deprive millions of people of fundamental goods and lead to the degradation of human person [and] engender ethnic, religious, and social conflicts, which threaten the internal cohesion of communities.” The Council reminded us, “in light of such tragic circumstances, the Church’s great responsibility […] in terms of overcoming hunger and all other forms of deprivation in the world.” (The Mission of the Orthodox Church in Today’s World, E2, F2 and 5)
While we commemorate with our prayers the tragedy of the Holodomor, our entire world is suffering from the pandemic of the coronavirus, which has caused until now more than one million of deaths worldwide. In such circumstances, many people are asking themselves: where is God, and what is He doing in front of the suffering of human beings? The problem of evil in the world is one of the greatest challenges for faith, and the book of Job in the Old Testament tries to give us a comprehensible answer. Evil is not the creation of God. On the contrary, God is good, and everything that He has created is good and beautiful.

The Righteous Job, the Long-suffering, was a pious and exceptionally blessed man, so as were most of the victims of the Holodomor. But God allowed Satan to attack him, to destroy all his possessions, family and even bodily health, and as a result, Job was suffering unfairly. But Job maintained his faith and hope in God. Job believed in the mystery of the resurrection from the dead, expressing it in these amazing words: “At least there is hope for a tree: if it is cut down, it will sprout again, and its new shoots will not fail” (Job 14:9). And indeed, at the end, God restored and blessed Job, who became a figure, a typos, or if you want, a living icon of the Crucified and Risen Christ.
The story of Job reminds us that God is never blind nor deaf to human injustice. The end of the Righteous Job prevents us from accusing God of being malicious and responsible for the evil in the world. God is merciful and we should always put all our trust and hope in Him. As the Holy Apostle James writes: “We count as blessed those who have persevered. You have heard of Job’s perseverance and have seen what the Lord finally brought about. The Lord is full of compassion and mercy” (James 5:11).

Beloved brothers and sisters in Christ,

With these thoughts, we exhort you to never despair. As long we believe in God, as far as we keep our faith in the resurrection, there is always hope. May the Risen Lord give eternal rest to the millions of righteous souls, who have died in the hope of the resurrection, as a consequence of the diabolic Holodomor, as well as due to the current tragic pandemic, and may their faith, as well as their trials, encourage and stimulate us to eradicate any kind of discrimination, injustice, violence and starvation from our world, making it better, while awaiting to see “the Kingdom of God to come with power” (Mk 9:1). Amen!